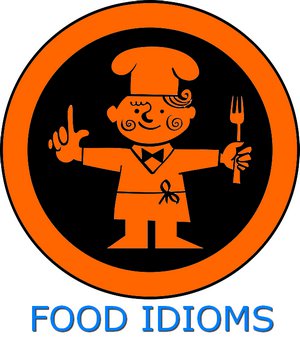 Are you a couch potato? Or maybe a big cheese? Learn some food idioms with Edustation. And remember: none of them are actually describing food!

a person, especially a man, who is very clever and interested only in studying and other mental activities

e.g. John is the best at maths. He is an egghead.

e.g. He left business school and became a big cheese in the London City.

e.g. All he ever does is watch TV. He's a real couch potato.

a person who is difficult to deal with

e.g. He's a tough cookie, but I can handle him.

e.g. Mark is the top banana in his work.

one bad person in a group of people who are good

e.g. You'll find a bad apple in every organization.

if you describe someone's behaviour or opinion as sour grapes, you mean that they are angry because they haven't achieved something that they wanted

e.g. I don't think it's such a great job - and that's not just sour grapes because I didn't get it

a defective product, or anything that doesn't work very well

e.g. My new computer is a lemon. I should just throw it out the window.

if something or someone is not your cup of tea, they are not the type of thing or person that you like

e.g. Rap music is not my cup of tea. I prefer rock.

to earn money for a family to live on

e.g. I can't sit around all day - someone's got to bring home the bacon.

upset about something bad that has happened that you cannot change

e.g. Sometimes I regret not taking that job in Berlin. But there's no point crying over spilt milk.

e.g. I didn't pay much for these trousers. In fact, they were as cheap as chips.

e.g. I'm a Taxi driver. It's my bread and butter at the moment.

A piece of cake

very easy to do

e.g. He was worried about the test, but it was a piece of cake.

Finger in every pie

to be involved in and have influence over many different activities, often in a way that people do not approve of

e.g. Our boss is very controlling - he has a finger in every pie.

Do you have any thoughts, questions or suggestions? Have you spotted a mistake or you don't agree with something? Leave a comment :-)