10 Idioms With the Vocabulary of Autumn 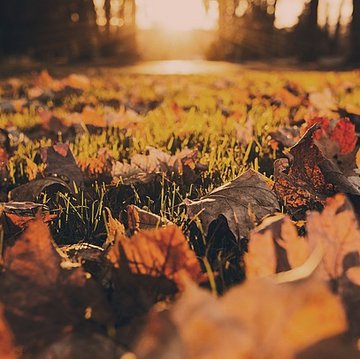 To squirrel something away

To hide something or store something in the way that a squirrel stores nuts for use in the winter.

I squirreled a little money away for an occasion such as this.

Turn over a new leaf

To reform and begin again.

I have made a mess of my life. I'll turn over a new leaf and hope to do better.

Take a leaf out of someone's book

To behave or to do something in a way that someone else would.

To drive someone nuts

To annoy or irritate someone.

These tax forms are driving me nuts.

Lost in the mists of time

Everyone has forgotten it because it happened such a long time ago.

The true significance of these symbols has become lost in the mists of time.

To be nuts about someone or something

To be obsessed with someone or something.

The later years of a person's life.

In her autumn years, she was able to travel a lot.

A story or joke which has been discussed or repeated so many times that it is not interesting or funny any more.

Don't tell this joke again! Not that old chestnut again!

Apple of my eye

Someone who is cherished above everyone.

Her youngest son has always been the apple of his eye.

Used in Business English to refer to a large sum of money that is given to an high level employee when they leave.

The CEO was given early retirement and a golden handshake.

Very interesting... I appreciate it. Thanks Dmitry